Bitcoin Price Analysis: BTC is still in an upward trajectory and 7K is the next target for the bulls

The price of BTC/USD has pushed higher on the first trading day of the week as sentiment improves. There is a large consolidation area at the moment and every time the price breaks out it moves back in pretty swiftly. The triangle pattern has now been broken to the upside and sometimes the pattern is tested before the continuation takes place. The blue horizontal like could be the next support if the price breaks lower.

Ethereum price is trading in the red by 5.70% in the session on Monday.

ETH/USD is moving within very narrowing trading conditions, with a breakout south eyed.

The bears have room to capitalize, following a week recovery attempt from the bulls last week. 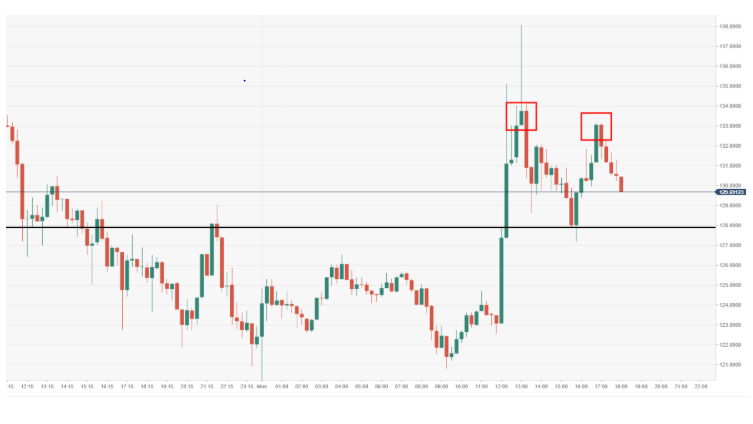 Litecoin has had a good start to the week as LTC/USD pushed over 7% higher. Most of the major cryptocurrencies are higher but LTC/USD is the second-best performing major after Bitcoin. Since the heave falls seen between the 24th February and 12th March the price has consolidated between 25.00 and 43.97. Can the bull break out of this zone? 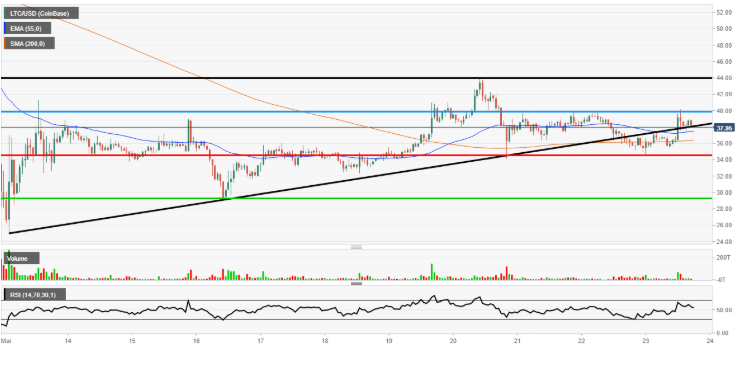 EUR/USD Forecast: Bearish, Heading Toward The Yearly Low At 1.0635

How Adam Smith Became A (Surprising) Hero To Conservative Economists

How tech is helping to change the way people think about the food on...