JERUSALEM, Oct. 18, 2020 /PRNewswire/ — The Israeli government’s 4th Annual Christian Media Summit was held this evening, Sunday October 18, at the Friends of Zion Heritage Center in Jerusalem. For the first time ever, the event was held virtually, with its program broadcast to millions of viewers all around the world. Among the speakers of the Summit were U.S. Ambassador David Friedman, Prime Minister of Israel Benjamin Netanyahu, and President of Israel Reuven Rivlin. 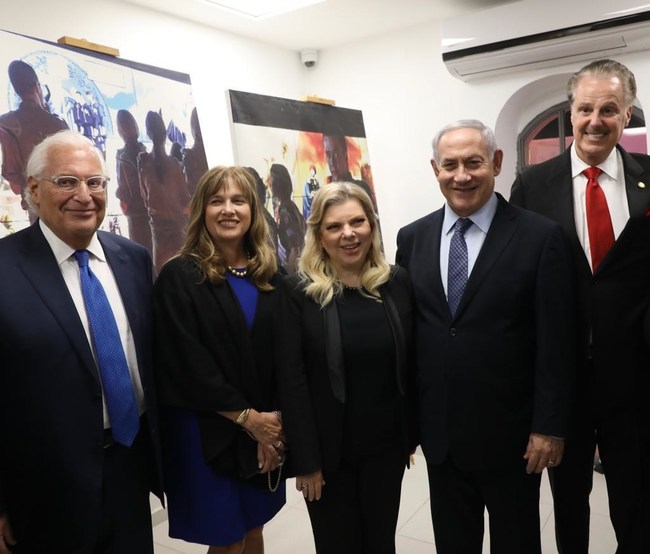 Dr. Mike Evans, the founder of the Friends of Zion Heritage Center, had announced that during the summit the prestigious Friends of Zion Award would be presented to eleven world leaders, including two kings, one prime minister, one sultan, one crown prince, and six presidents.

According to Dr. Evans: “All these Presidents will move their Embassies to Jerusalem and all the Muslim leaders will make peace with Israel in time.”

U.S. Ambassador David Friedman stated “There is a universal benefit for people to make peace with each other, it is perhaps the highest form of human relations, to live together in peace.”

Prime Minister of Israel Benjamin Netanyahu said, “Israel has no better friends than our Christian friends around the world… I think this (Abraham Accords) is a remarkable hinge of history; this marks for the first time the full acceptance of Israel’s legitimacy here.”

President of Israel Reuven Rivlim stated, “In our hearts we feel closer than ever. This has been a year of peace. The historic Abraham Accord can provide a model of peaceful coexistence between all people and religions in our region and around the world. Israel will continue to do all that is necessary to seek peace with all our neighbors.”

The Friends of Zion Award was commissioned by Israel’s 9th President, the late Shimon Peres, who also served as the International Chairman of the FOZ Heritage Center. This award has been given to world leaders who have stood by and supported the State of Israel and the Jewish people. Its previous recipients include: President of the United States Donal Trump, Former U.S. President George W. Bush, Prince Albert II of Monaco, President Salome Zourabishvili of Georgia, U.S. Secretary of State Mike Pompeo, and many others.