Z/Yen Partners in collaboration with the China Development Institute (CDI) released the 2020 edition of the Global Financial Centers Index (GFCI).

Now at its 27th edition, GFCI  continues to provide evaluations of the competitiveness of the major financial centres of the world. 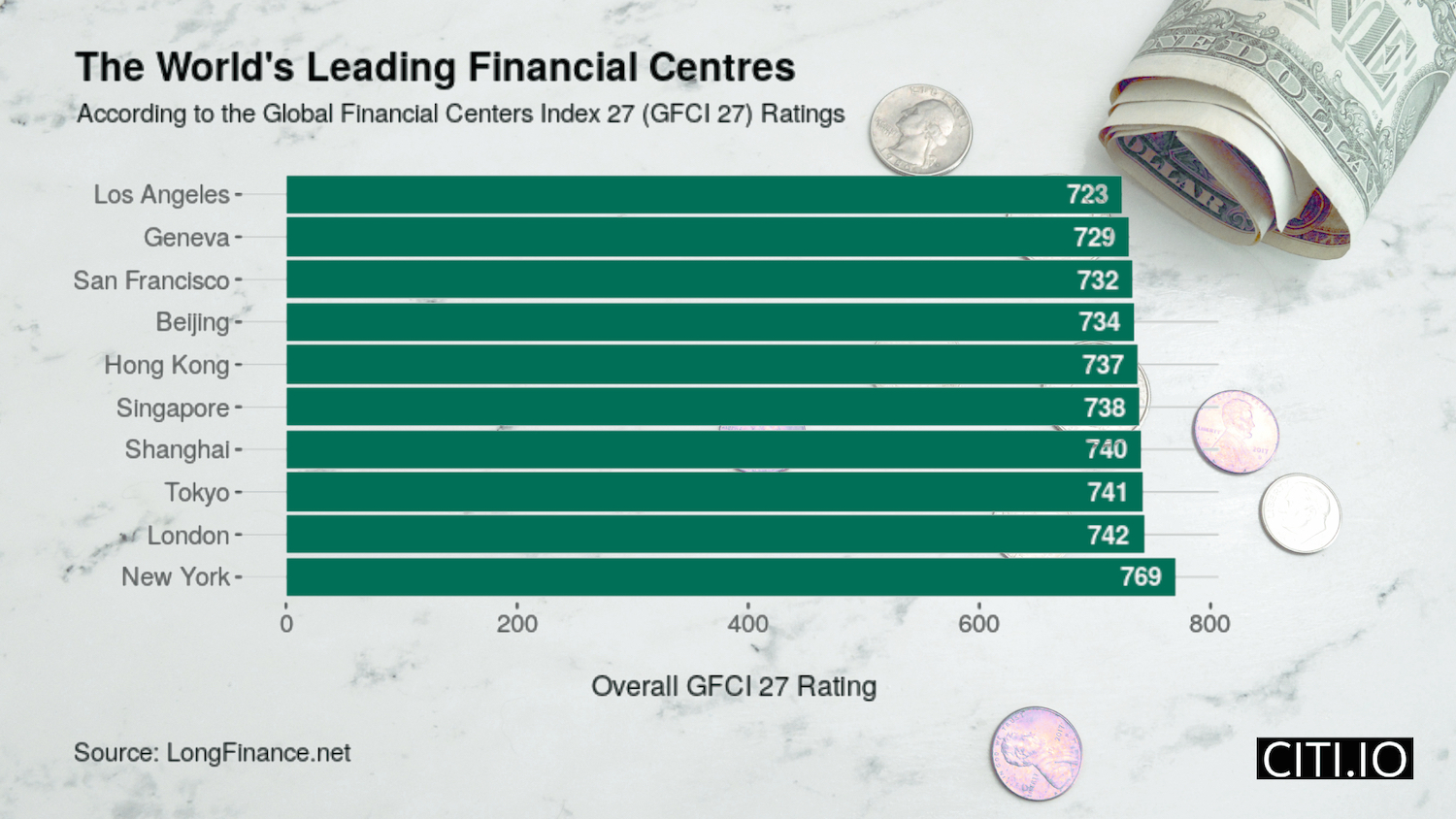 New York maintains the top position in the GFCI 27. Scoring an overall rating of 769, it keeps a substantial distance from second place London which scored 742.

Meanwhile, Tokyo rose to the third spot, improving its rank compared to the GFCI 26 where it only placed fifth. London is only ahead of Tokyo by one point.

Shanghai also improved its rank, now in 4th place with a score of 740. In GFCI 26, Shanghai was ranked 5th.

Singapore is now 5th in rank, scoring 738. This places it above the former third-place Hong Kong, now only sixth in rank with a score of 737. Meanwhile, Beijing retains its place as 7th in GFCI rank, obtaining a score of 734.

Closing the top ten rankings are newcomers. First is San Francisco which rose by four places, now in 8th place. The city gained a 732 GFCI rating.

Next is Geneva which propelled upwards by 17 places. With a GFCI score of 729, it is now in 9th place.

Lastly, we have Los Angeles. The city, now in tenth place, improved its rank by three steps. It obtained an overall GFCI score of 723.

With the exception of Geneva, all of the financial centres in the top ten have decreased overall GFCI ratings.

According to the authors, the reason for these decreases may be the observed tensions in international trade. The presence of geopolitical and local unrest in some areas may also be another fuel of uncertainty.

Now that we are facing the COVID-19 pandemic, we can expect that even more volatility will be observed in the rankings for the next iteration of the Index given that a lot of economies are heavily affected.

GFCI 27 covers 108 financial centres. This is an increase from last year’s 104 with the addition of the following countries for this year: Barbados, San Diego, Tehran, and Vilnius.

In order to compute for the index score, two inputs were used: instrumental factors and financial centre assessments.

Meanwhile, the financial centre assessments were conducted by means of an online questionnaire. A total of 5,166 responses collected in a 24-month period which ended in December 2019.

Unlike other indices, GFCI does not use totalling or averaging scores across these factors in order to come up with the overall score. With this, while the minimum score is zero, there is no maximum value that can be attained.

If you want to know more about the details of the study and to see the report per region, you can read the full report here.

Mortgage Deferral, Rent Relief And Bankruptcy: What You Need To Know If You Have Coronavirus Money Problems