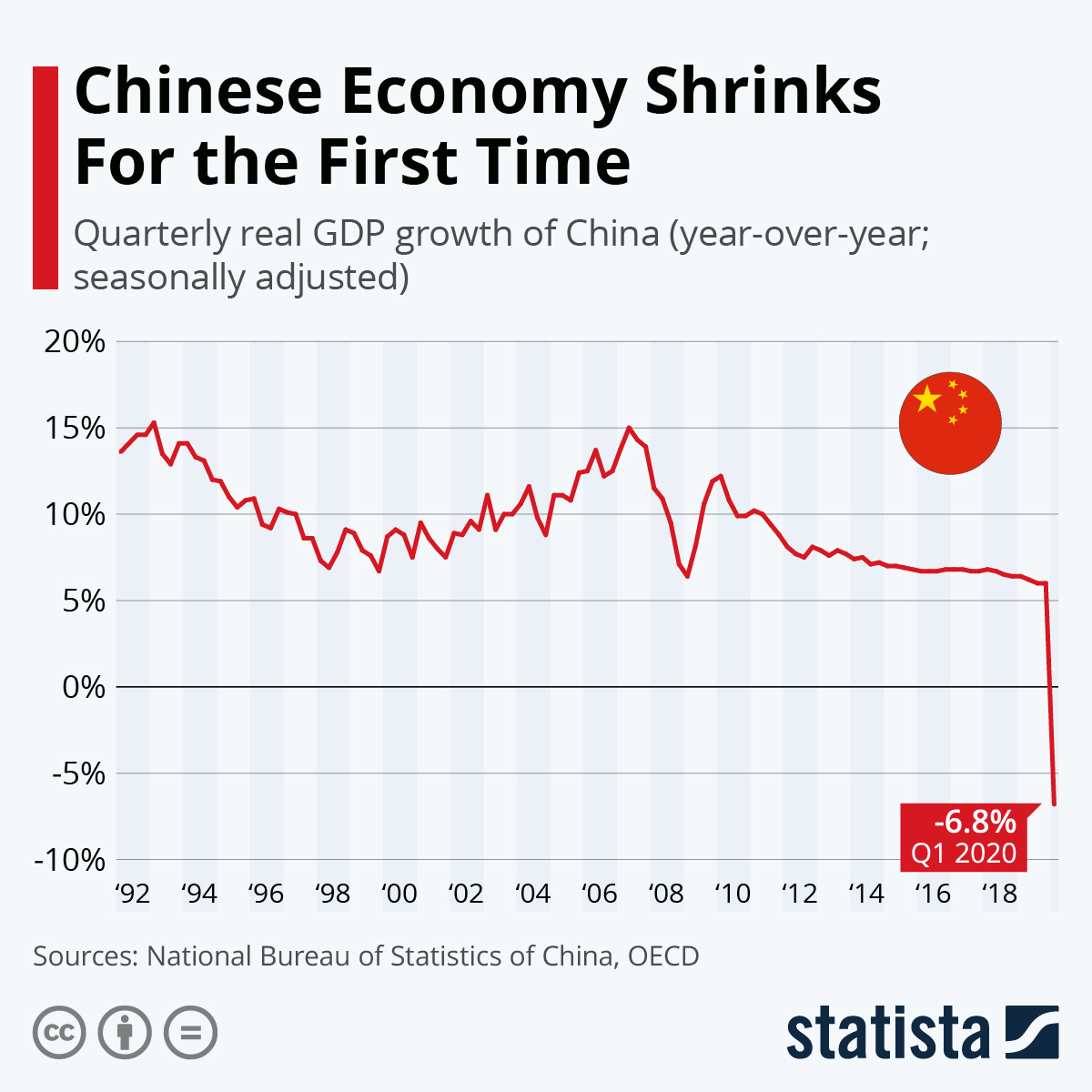 This is the first time that the economic powerhouse ⁠— the second largest in the world ⁠—  experienced a decline in GDP growth since Beijing started publishing official GDP records in 1992. With this, the growth experienced in the last quarter of 2019 is effectively negated.

China took a considerable hit when it was compelled to freeze its economic activities due to the spread of COVID-19. Being the epicenter of the pandemic, it is among the countries with the highest recorded number of confirmed cases at over 80,000.

The economic damage taken by China also rippled to countries around the world. This is especially true for countries near China.

Projections from the World Bank Group suggest that countries in East Asia and the Pacific will suffer losses in GDP due to COVID-19 shocks. The losses in the region, composed mainly of developing countries, are predicted to be even worse than that of China.

Even more advanced economies are expected to receive some damage. For Instance, the International Monetary Fund (IMF) projected that Singapore’s annual GDP will receive a 3.5 percent loss. However, the country is also expected to bounce back in 2021 with a 3 percent growth.

A new kind of normal

Right now, China is now in post-virus territory, gradually reopening its doors and attempting to get back to the routines that were in place before COVID-19.

Definitely, the fear of getting infected hasn’t left a lot of the citizens even if establishments have started to open once more.

“Friends have described being in Beijing right now as feeling like the night before a storm is going to hit. Everything’s open, but it all feels a little off,” a local told Aljazeera in an interview.

While people are starting to return to work, some restrictions are still imposed by the Chinese government as measures to avoid triggering a second COVID-19 peak. For instance, masks remain mandatory when someone has to go out. Surveillance and tracking systems also continue to be in place down to the community level.

“The security and stability of the capital city is directly related to the overall work of the party and country,”  President  XI Jinping said in a speech.

China has also been strict with people arriving in their territory, requiring them to complete a 14-day quarantine, the expenses of which they have to shoulder on their own.

China’s road to recovery offers a slight glimpse of what is to come after the virus has been contained. It is clear that the world will not be back to its usual routines after COVID-19 has been eliminated. Just like China, other countries will be dealing with a new kind of normal.

The Mutual Offset System – Riding On The Growth Of China

The Communist Party claims to have brought prosperity and equality to China. Here’s the real impact of its rule

Top Wall Street analysts are betting on more gains for these stocks as earnings...