Hurricanes can cause a staggering amount of human losses as well as economic hardship for those affected. Total monetary losses habitually exceed insured losses in the case of hurricanes, as our graphic with data from Munich Re shows.

Of the estimated US$125 billion in total damages caused by Hurricane Katrina, the worst storm on the insurer’s list, in 2005 just over $60 billion were insured losses. The ratio is worse for Hurricane Harvey, which devastated parts of the U.S., the Caribbean and Central America in 2017. Here only a third, US$30 billion out of US$95 billion, was insured.

Looking exclusively at insured damages, hurricanes and tornados have caused about an equal amount of damage between 1997 and 2016 in the U.S.

While the storms pounding the Pacific coast of Southeast Asia, called typhoons, are also ferocious, data provided by Munich Re indicates that losses caused by typhoons have been smaller than those caused by hurricanes since 1980, while insurance ratios are even worse in the region. 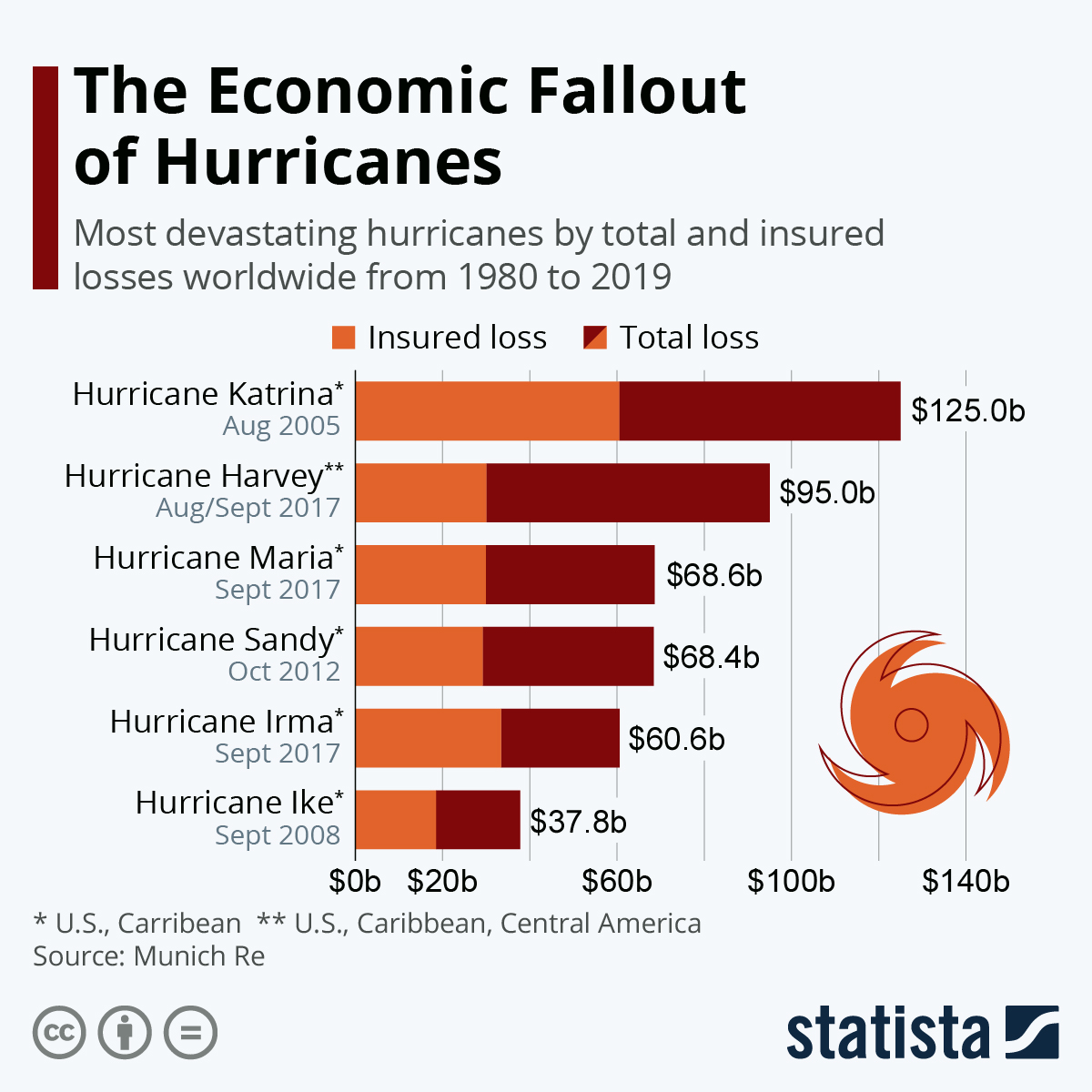 Chime is now worth $14.5 billion, surging past Robinhood as the most valuable US...