BartDay
Home Business How Hard Has Airbnb Been Hit By The Pandemic?

Three days before its highly anticipated stock market debut, Airbnb has raised the price range for its initial public offering to $56 to $60 per share, according an updated filing with the Securities and Exchange Commission. Originally seeking a valuation of $44 to $50 per share, this is a sizeable bump for the short-term rental company, indicating strong demand for its IPO.

Unsurprisingly, 2020 has proven a challenging year for the company. After the coronavirus started spreading around the world in March, bookings plummeted and hosts were forced to cancel existing reservations as travel restrictions brought tourism to a standstill. As the following chart shows, gross booking value crashed by more than 100 percent in March and April compared to the previous year, meaning that gross bookings were negative as cancellations exceeded bookings for both months.

Starting in May, travelers gradually returned to Airbnb over the summer with net bookings stabilizing around 30 percent below last year’s levels for the four months ended in September. Gross booking value was even less impacted during that time, as many hosts increased prices to make up for the lost time.

Airbnb will start trading on the Nasdaq under the symbol ABNB on Thursday. At the suggested price range, it would raise up to $3 billion at a valuation of $42 billion. 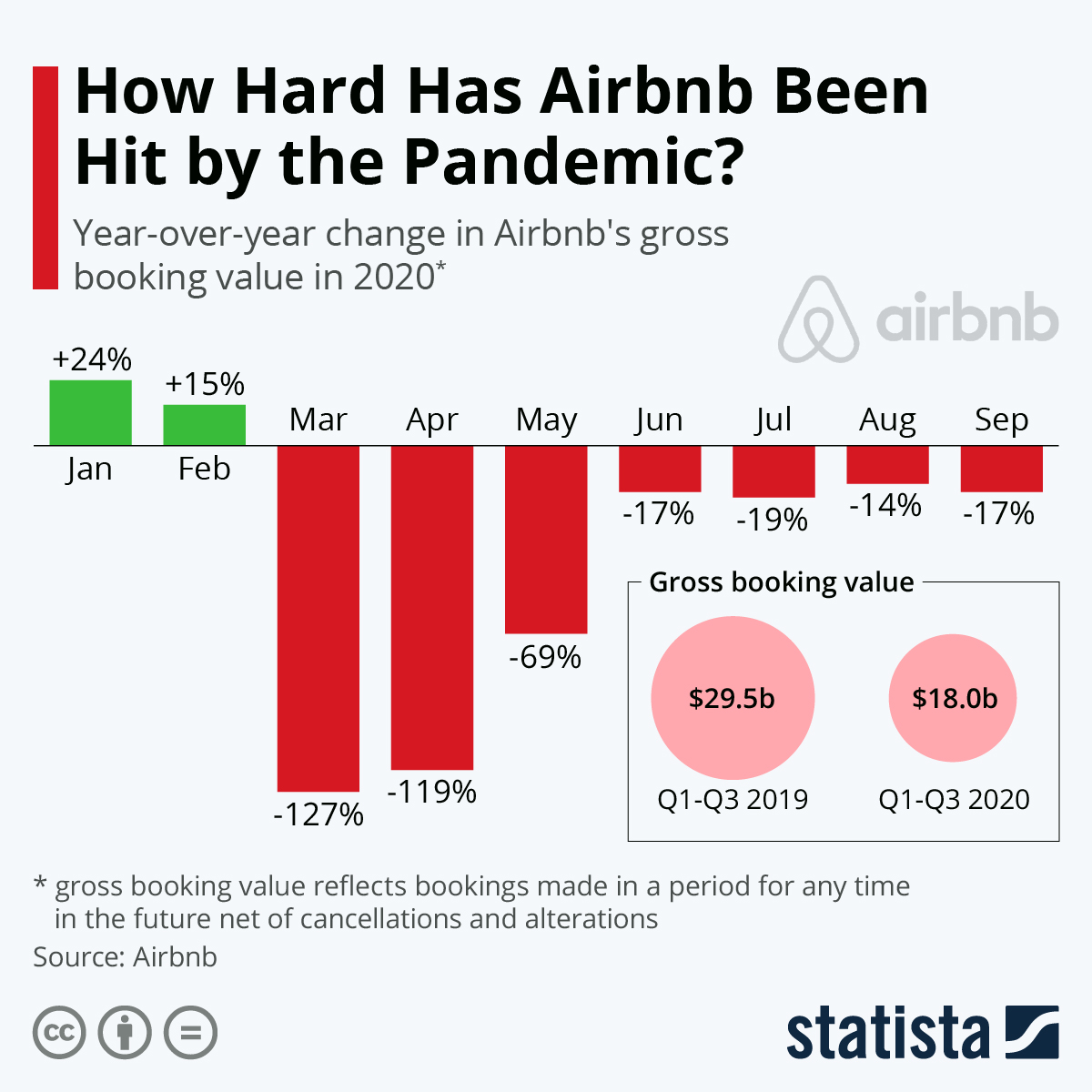 DoorDash sells shares at $102 in IPO, pricing above range