The story is barely believable but Main Street has, temporarily at least, managed to turn the tables on Wall Street. Hedge funds have had to cut their losses after a group of amateur traders came together to push up shares in GameStop. The action taken by the group on Reddit led to some high-profile firms experiencing heavy losses. Well known managers Steve Cohen and Dan Sundheim were among those impacted.

Hedge fund managers tend to earn whopping sums of money and in 2019, the 25 highest earners pocketed a collective $20.2 billion, according to a ranking released last March by Institutional Investor. That year, Chris Hohn and James Simons made the most cash with $1.8 billion each, followed by Ken Griffen and Izzy Englander who took home $1.5 billion. 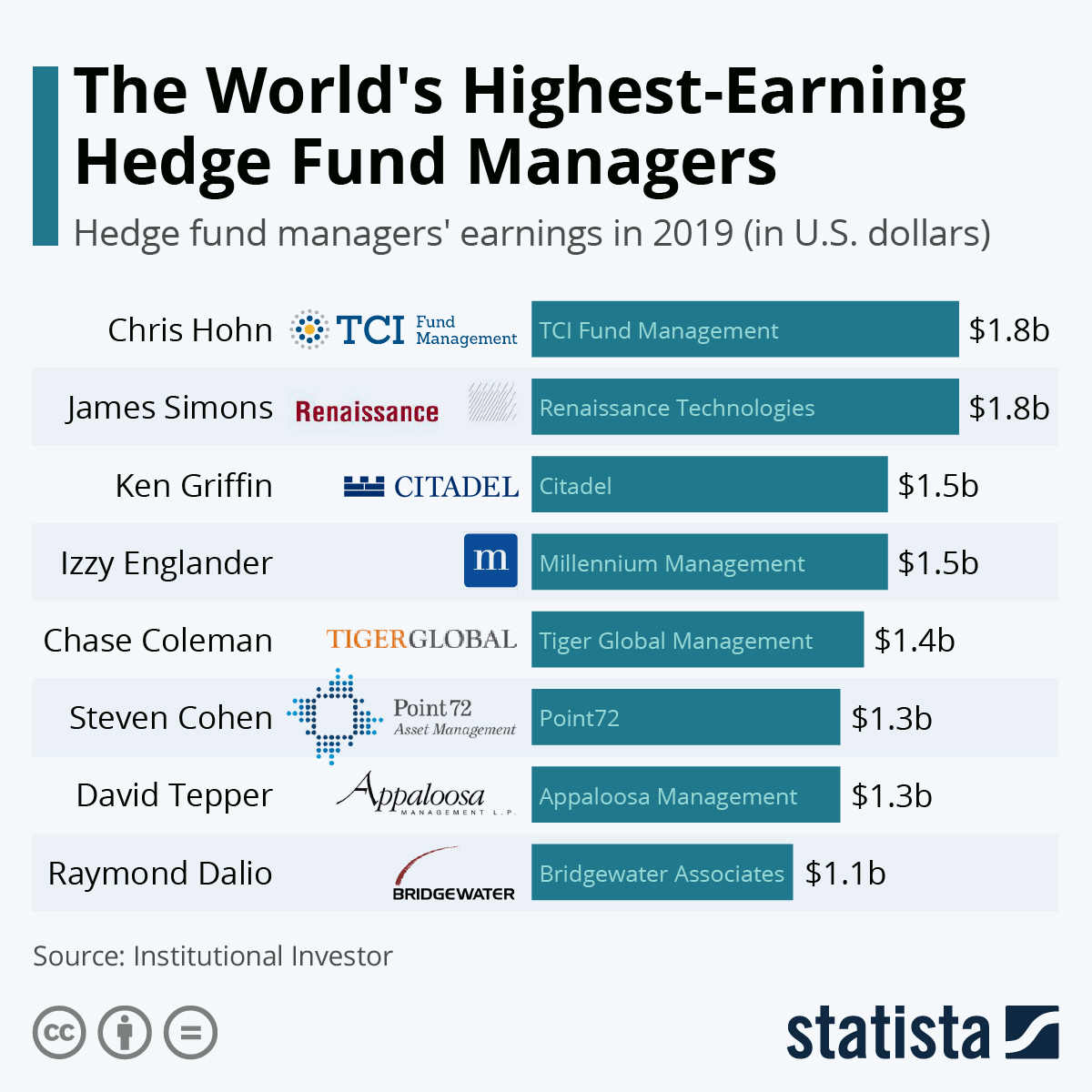