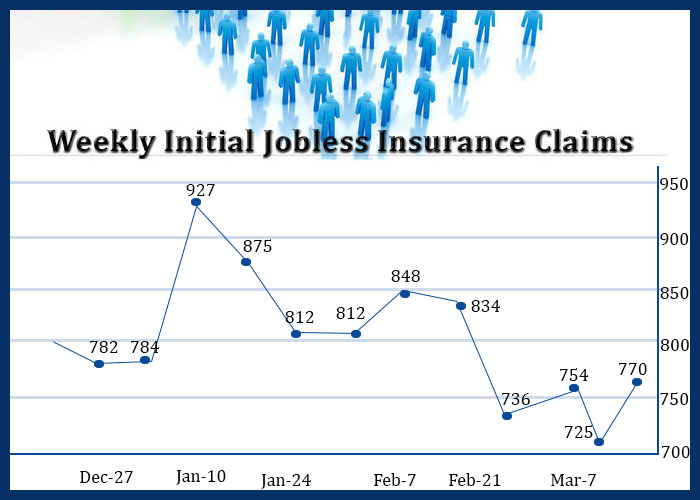 First-time claims for U.S. unemployment benefits unexpectedly increased in the week ended March 13th, according to a report released by the Labor Department on Thursday.

The rebound came as a surprise to economists, who had expected jobless claims to edge down to 700,000 from the 712,000 originally reported for the previous week.

The unexpected increase in jobless claims was partly due to jump in claims in Texas due to the impact of Winter Storm Uri.

Meanwhile, the Labor Department said the less volatile four-week moving average dipped to 746,250, a decrease of 16,000 from the previous week’s revised average of 762,250.

The report said continuing claims, a reading on the number of people receiving ongoing unemployment assistance, also edged down by 18,000 to 4.124 million in the week ended March 6th.

She added, “Nonetheless, the elevated level of claims – still higher than the Global Financial Crisis peak – underscores why the Fed will be extremely patient before making a policy change and not act pre-emptively.”