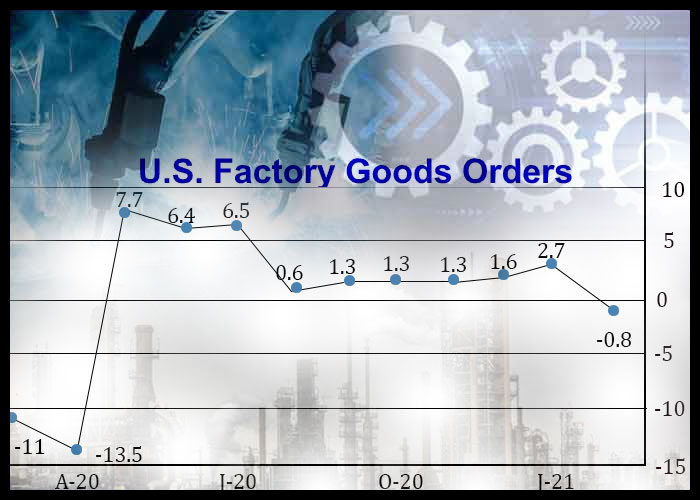 After reporting sharp increases in new orders for U.S. manufactured goods over the past several months, the Commerce Department released a report on Monday showing a pullback in factory orders in the month of February.

The Commerce Department said factory orders slid by 0.8 percent in February after spiking by an upwardly revised 2.7 percent in January.

Economists had expected factory orders to decrease by 0.5 percent compared to the 2.6 percent jump originally reported for the previous month.

The report also showed shipments of manufactured goods plunged by 2.0 percent in February after jumping by 1.8 percent in January.

Meanwhile, inventories of manufactured goods increased by 0.8 percent in February following a 0.2 percent uptick in January.

With inventories rising and shipments falling, the inventories-to-shipments ratio climbed to 1.40 in February from 1.36 in January.