Jeff Bezos is the world’s richest person for the fourth year running, according to Forbes. The Amazon founder is worth $177 billion, says the business magazine. His fortunes are up $64 billion from a year ago as a result of surging share value of Amazon.

Elon Musk, the biggest gainer in dollar terms, rocketed into the No. 2 spot on Forbes’ 35th annual list of the world’s wealthiest people. Ranked No. 31 with a $24.6 billion fortune last year, the business magnate added a whopping $126.4 billion to total $151 billion in 2021 with the help of a 705 percent rise in Tesla shares. 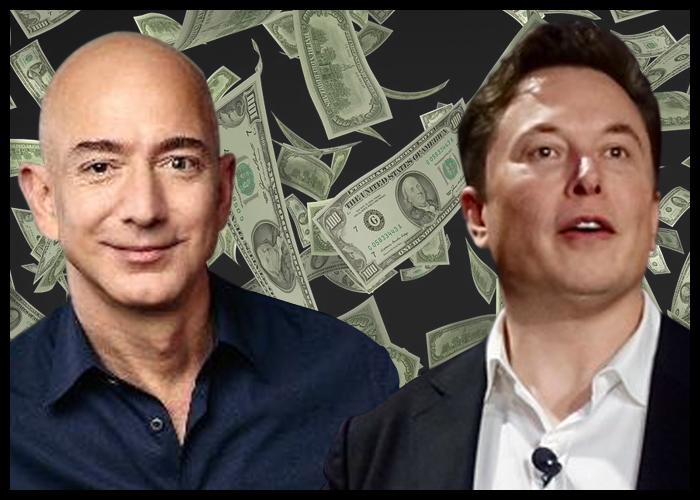 French luxury goods tycoon Bernard Arnault remains at No. 3 with his fortune nearly doubling to $150 billion.

Microsoft co-founder Bill Gates is the fourth richest person in the world with a net worth of $124 billion, buoyed by the strength of shares he owns in Microsoft, Canadian National Railway and tractor maker Deere & Company.

These four make up people worth $100 billion or more in the list.

Rounding out the top 10 are Facebook founder Mark Zuckerberg, at $97 billion; Warren Buffett, worth $96 billion; Larry Ellison, worth $93 billion; Larry Page, worth $91 billion; Seregey Brin, worth $89 billion; and Mukesh Ambani, worth an estimated $84.5 billion. The Indian business tycoon is also the richest person in Asia.

The top ten richest are worth $1.15 trillion, up by two-thirds from $686 billion last year. Altogether, Europe’s billionaires are $1 trillion richer than a year ago.

The U.S. still has more billionaires-724- than any other country. China is closing the gap with 698 billionaires. India has the third highest number of billionaires in the world – 140.

The richest woman this year is cosmetics heir Francoise Bettencourt Meyers of France.

Forbes used stock prices and exchange rates from March 5 to calculate the billionaires’ net worth.

SpaceX launches and lands another Starship prototype, the second flight test in under a month