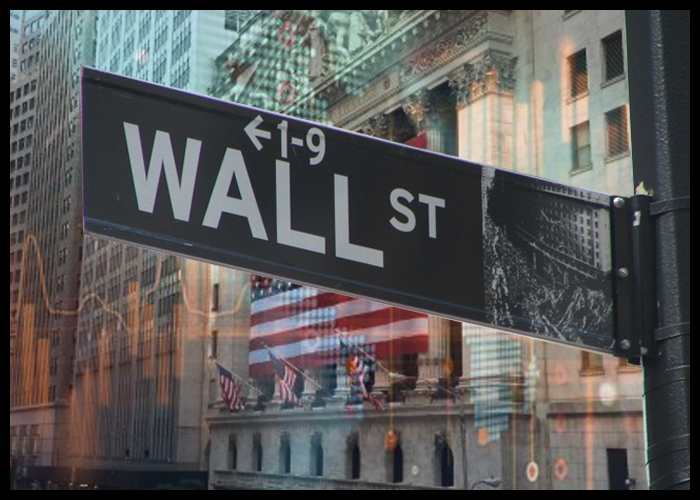 Stocks have shown a strong move to the upside in morning trading on Thursday, offsetting the pullback seen in the previous session. With the advance on the day, the Dow and the S&P 500 have reached new record intraday highs.

The rally on Wall Street comes following the release of a batch of largely upbeat U.S. economic data, , including a Commerce Department report showing retail sales spiked by much more than expected in the month of March.

The Commerce Department said retail sales skyrocketed by 9.8 percent in March after tumbling by a revised 2.7 percent in February.

Economists had expected retail sales to surge up by 5.9 percent compared to the 3.0 percent slump originally reported for the previous month.

Excluding sales by motor vehicle and parts dealers, retail sales soared by 8.4 percent in March after plunging by a revised 2.5 percent in February. Ex-auto sales were expected to jump by 5.0 percent.

A separate report released by the Labor Department showed first-time claims for U.S. unemployment benefits pulled back by much more than anticipated in the week ended April 10th.

Economists had expected jobless claims to decline to 700,000 from the 744,000 originally reported for the previous week.

With the much bigger than expected decrease, jobless claims fell to their lowest level since hitting 256,000 in the week ended March 14, 2020.

The National Association of Home Builders also released a report showing a modest increase in U.S. homebuilder confidence in the month of April.

The report said the NAHB/Wells Fargo Housing Market Index inched up to 83 in April after dipping to 82 in March, matching economist estimates.

The NAHB noted the uptick in homebuilder confidence came even as builders continued to grapple with rising lumber prices and supply chain issues and consumers faced higher home prices due to a lack inventory.

Meanwhile, the Federal Reserve released a report showing a rebound by industrial production in the month of March, although the increase fell short of expectations.

The Fed said industrial production jumped by 1.4 percent in March after plunging by a downwardly revised 2.6 percent in February.

However, economists had expected production to spike by 2.8 percent compared to the 2.2 percent slump originally reported for the previous month.

The Dow has benefited from a significant advance by shares of UnitedHealth, with the managed care company jumping by 3.4 percent after reporting first quarter results that beat analyst estimates on both the top and bottom lines.

On the other hand, shares of Bank of America (BAC) have come under pressure even though the financial giant reported better than expected first quarter results.

Gold stocks have shown a substantial move to the upside in morning trading, driving the NYSE Arca Gold Bugs Index up by 4.4 percent to its best intraday level in two months.

The rally by gold stocks comes amid a sharp increase by the price of the precious metal, with gold for June delivery soaring $30.50 to $1,766.80 an ounce.

Significant strength is also visible among computer hardware stocks, as reflected by the 1.9 percent gain being posted by the NYSE Arca Computer Hardware Index. The index has reached a record intraday high.

In overseas trading, stock markets across the Asia-Pacific region turned in a mixed performance during trading on Thursday. Japan’s Nikkei 225 Index inched up by 0.7 percent, while China’s Shanghai Composite Index fell by 0.5 percent.

Meanwhile, the major European markets have all moved to the upside on the day. While the U.K.’s FTSE 100 Index has advanced by 0.8 percent, the French CAC 40 Index is up by 0.6 percent and the German DAX Index is up by 0.4 percent.

In the bond market, treasuries have moved notably higher despite the strong U.S. economic data. As a result, the yield on the benchmark ten-year note, which moves opposite of its price, is down by 8.3 basis points at 1.555 percent.

CEO of world’s largest money manager: ‘I am incredibly bullish’ on the stock market