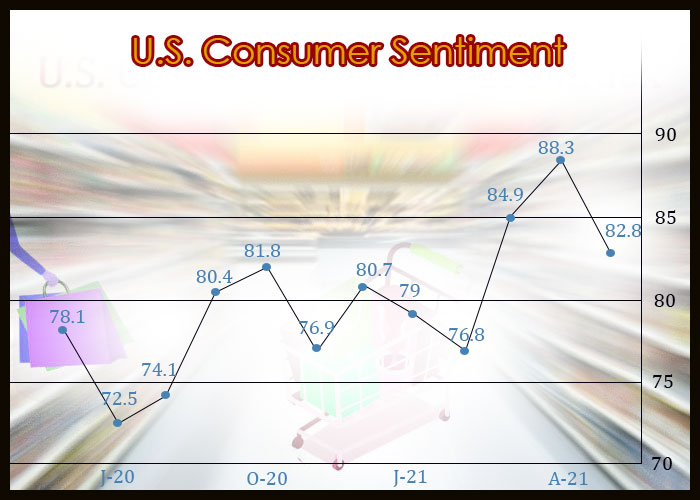 Consumer sentiment in the U.S. has unexpectedly decreased in the month of May, according to preliminary data released by the University of Michigan on Friday.

The report showed the consumer sentiment index dropped to 82.8 in May from 88.3 in April. The decrease surprised economists, who had expected the index to rise to 90.4.

“Consumer confidence in early May tumbled due to higher inflation–the highest expected year-ahead inflation rate as well as the highest long term inflation rate in the past decade,” said Surveys of Consumers chief economist Richard Curtin

He added, “The average of net price mentions for buying conditions for homes, vehicles, and household durables were more negative than any time since the end of the last inflationary era in 1980.”

However, Curtin predicted that consumer spending would continue to advance despite higher prices due to pent-up demand and record saving balances.

The report showed the current economic conditions index slid to 90.8 in May from 97.2 in April, while the index of consumer expectations fell to 77.6 from 82.7.

U.S. Business Inventories Increase In Line With Estimates In March