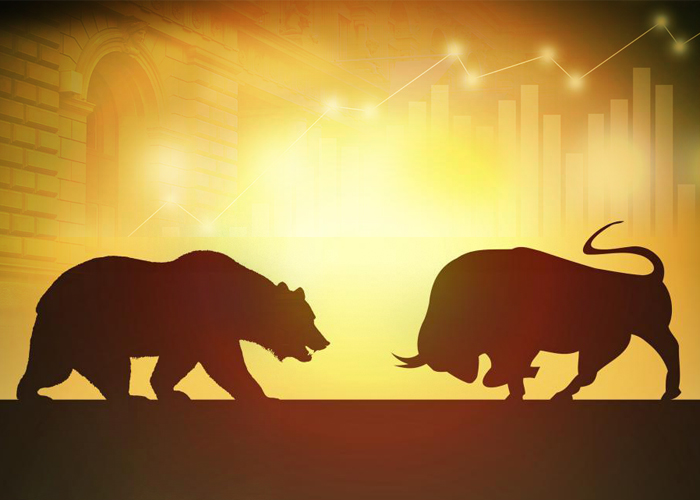 Stocks staged a recovery attempt after an early sell-off but remain mostly lower in afternoon trading on Thursday. While the Dow has climbed into positive territory, the broader Nasdaq and S&P 500 are stuck in the red.

The early weakness on Wall Street came as a batch of upbeat jobs data led to renewed concerns about the outlook for monetary policy.

Before the start of trading, payroll processor ADP released a report showing private sector employment in the U.S. spiked by much more than expected in the month of May.

ADP said private sector employment soared by 978,000 jobs in May after surging by a downwardly revised 654,000 jobs in April.

Economists had expected private sector employment to increase by 650,000 jobs compared to the addition of 742,000 jobs originally reported for the previous month.

A separate report from the Labor Department showed a modest decrease in first-time claims for U.S. unemployment benefits in the week ended May 29th.

Economists had expected jobless claims to edge down to 395,000 from the 406,000 originally reported for the previous week.

With the slightly bigger than expected decrease, jobless claims once again fell to their lowest level since hitting 256,000 in the week ended March 14, 2020.

The jobs data comes a day ahead of the release of the Labor Department’s more closely watched report on the employment situation in the month of May.

Economists currently expect the report to show employment jumped by 664,000 jobs in May after climbing by 266,000 jobs in April. The unemployment rate is also expected to dip to 5.9 percent from 6.1 percent.

Meanwhile, the Institute for Supply Management released a report showing record growth in service sector activity in the month of May.

The ISM said its services PMI rose to 64.0 in May from 62.7 in April, with a reading above 50 indicating growth in the sector. Economists had expected the index to inch up to 63.0.

With the bigger than expected increase, the services PMI reached another all-time high, surpassing the previous record high of 63.7 in March.

Gold stocks continue to see substantial weakness in afternoon trading, with a steep drop by the price of the precious metal weighing on the sector.

Significant weakness also remains visible among airline stocks, as reflected by the 2.1 percent slump by the NYSE Arca Airline Index.

In overseas trading, stock markets across the Asia-Pacific region turned in another mixed performance during trading on Thursday. Japan’s Nikkei 225 Index rose by 0.4 percent, while China’s Shanghai Composite Index fell by 0.4 percent.

The major European markets also ended the day mixed. While the German DAX Index edged up by 0.2 percent, the French CAC 40 Index dipped by 0.2 percent and the U.K.’s FTSE 100 Index slid by 0.6 percent.

In the bond market, treasuries are giving back ground following the upbeat economic data. Subsequently, the yield on the benchmark ten-year note, which moves opposite of its price, is up by 3.4 basis points at 1.625 percent.