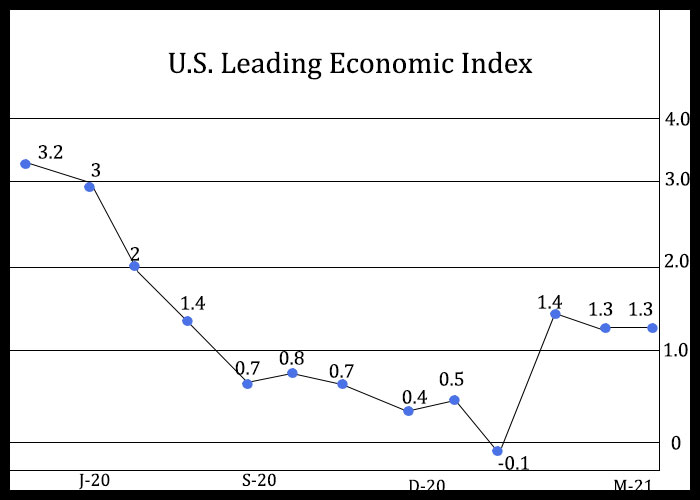 Suggesting strong economic growth will continue in the near term, the Conference Board released a report on Thursday showing another significant increase by its index of leading U.S. economic indicators.

The Conference Board said its leading economic index surged up by 1.3 percent in May, matching the revised jump in April as well as economist estimates. The matching increases follow a 1.4 percent spike in March.

Ataman Ozyildirim, Senior Director of Economic Research at The Conference Board, said the leading economic index now stands above the previous peak reached in January 2020.

“Strengths among the leading indicators were widespread, with initial claims for unemployment insurance making the largest positive contribution to the index; housing permits made this month’s only negative contribution,” Ozyildirim said.

He added, “The Conference Board now forecasts real GDP growth in Q2 could reach 9 percent (annualized), with year-over-year economic growth reaching 6.6 percent for 2021.”

NASA Named Best Place To Work In The Federal Government