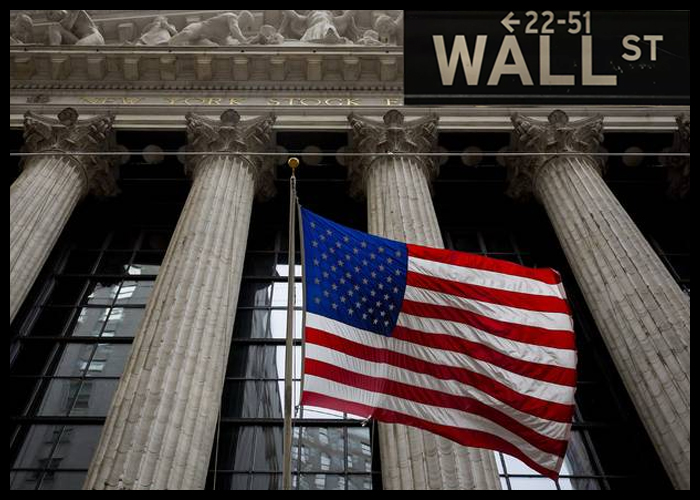 Stocks continue to turn in a mixed performance in afternoon trading on Thursday after moving in opposite directions earlier in the session. The S&P 500 reached a new record intraday in early trading, while the tech-heavy Nasdaq pulled back into negative territory.

The mixed performance on Wall Street comes as traders look ahead of the release of the Labor Department’s closely watched monthly employment report on Friday.

Economists currently expect the report to show employment jumped by 690,000 jobs in June after surging up by 559,000 jobs in May. The unemployment rate is expected to dip to 5.7 percent from 5.8 percent.

A day ahead of the release of the monthly jobs report, the Labor Department released a report this morning showing first-time claims for U.S. unemployment benefits fell by more than expected in the week ended June 26th.

Economist had expected jobless claims to dip to 393,000 from the 411,000 originally reported for the previous week.

With the bigger than expected decrease, jobless claims fell to their lowest level since hitting 256,000 in the week ended March 14, 2020.

Meanwhile, a separate report released by the Institute for Supply Management showed a modest slowdown in the pace of growth in U.S. manufacturing activity in the month of June.

The ISM said its manufacturing PMI slipped to 60.6 in June from 61.2 in May, although a reading above 50 still indicates growth in the manufacturing sector. Economists had expected the index to edge down to 61.0.

The Commerce Department also released a report showing an unexpected decrease in construction spending in the month of May.

Reflecting the lackluster performance by the broader markets, most of the major sectors continue to show only modest moves on the day.

Energy stocks continue to see substantial strength, however, with a sharp increase by the price of crude oil contributing to the strength in the sector. Crude for August delivery is currently jumping $2.04 to $75.51 a barrel.

On the other hand, semiconductor stocks have come under pressure over the course of the session, dragging the Philadelphia Semiconductor Index down by 1.6 percent. The index is pulling back further off Tuesday’s record closing high.

Meanwhile, the major European markets moved to the upside on the day. While the U.K.’s FTSE 100 Index jumped by 1.3 percent, the French CAC 40 Index advanced by 0.7 percent and the German DAX Index rose by 0.5 percent.

In the bond market, treasuries are giving back ground after yesterday’s advance. Subsequently, the yield on the benchmark ten-year note, which moves opposite of its price, is up by 3.7 basis points at 1.480 percent.