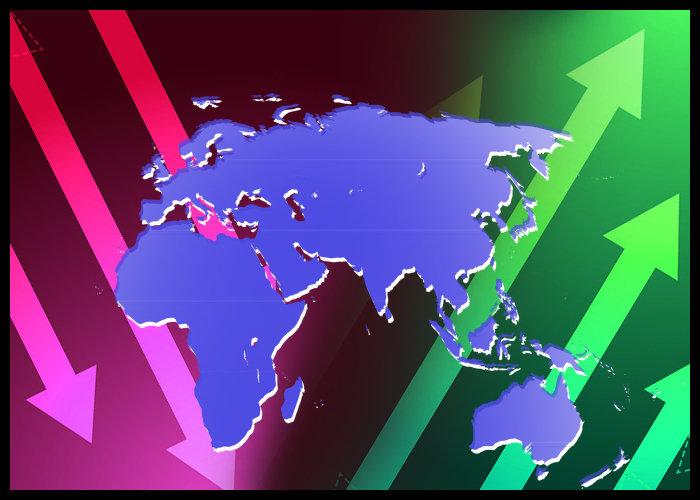 Asian stock markets are trading mixed on Friday, following the firmly positive cues overnight from Wall Street, as traders remain cautiously optimistic about a faster global economic recovery after the US Federal Reserve signaled a scale down in stimulus and easing concerns about the impact of Chinese real estate major Evergrande’s debt woes. Asian markets ended mostly higher on Thursday.

Meanwhile, traders remain concerned about the impact of the rapid spread of the delta variant of coronavirus in the region and in several countries, particularly in the U.S., which continues to stifle economic activity.

The Australian stock market is modestly lower in choppy trading on Friday, giving up some of the gains in the previous three sessions, with the benchmark S&P/ASX 200 staying below the 7,300 level, ignoring the firmly positive cues overnight from Wall Street, dragged by gold miners. Traders also remain concerned as the country struggles to contain the domestic coronavirus situation, primarily in New South Wales and Victoria.

NSW has reported 1,043 new local cases of COVID-19 and eleven deaths on Thursday. Victoria reported a record 733 new locally acquired cases and one death, with active cases now totalling 7,160 across the state.

Among the big four banks, ANZ Banking and Westpac are edging up 0.5 percent each, while Commonwealth Bank and National Australia Bank are gaining almost 1 percent each.

In the currency market, the Aussie dollar is trading at $0.730 on Friday.

The Japanese stock market is trading sharply higher on Friday, after returning from a holiday, with the benchmark Nikkei 225 gaining more than 500 points to be just over the 30,200 level, following the firmly positive cues overnight from Wall Street, as traders reacted sharply to the U.S. Federal Reserve’s monetary policy announcement and easing concerns about the impact of Chinese real estate major Evergrande’s debt woes.

Among major exporters, Panasonic is gaining 2.5 percent, Canon is adding more than 3 percent, Mitsubishi Electric is up almost 3 percent and Sony is higher by more than 4 percent.

Among the other major gainers, Kawasaki Kisen Kaisha is gaining more than 8 percent, Nippon Yusen K.K. is adding almost 8 percent and Mitsui O.S.K. Lines is up almost 7 percent, while Olympus and Nexon are higher by more than 5 percent each. Bandai Namco Holdings, T&D Holdings, Dai-ichi Life Holdings and Marui Group are rising more than 4 percent each. Kawasaki Heavy Industries, Takashimaya and Mazda Motor are gaining almost 4 percent.

Conversely, there are no major losers.

In economic news, overall inflation in Japan was down 0.4 percent on year in August, the Ministry of Communications and Internal Affairs said on Friday – shy of expectations for -0.3 percent, which would have been unchanged from the July reading. Core consumer prices, which exclude volatile food costs, were unchanged on year. That matched forecasts following the 0.2 percent annual decline in the previous month. On a seasonally adjusted monthly basis, overall inflation was down 0.2 percent and core CPI eased 0.1 percent.

In the currency market, the U.S. dollar is trading in the lower 110 yen-range on Friday.

Elsewhere in Asia, New Zealand, China, Malaysia and Singapore are lower by between 0.1 and 0.6 percent each. Taiwan is losing 1 percent, while Hong Kong and Indonesia are down 0.2 percent each. South Korea is relatively flat.

On Wall Street, stocks moved sharply higher during trading on Thursday, adding to the strong gains posted in the previous session. With the continued advance, the major averages more than offset the sell-off seen on Monday, turning positive for the week.

The major European markets moved to the upside on the day. The German DAX Index advanced by 0.9 percent and the French CAC 40 Index jumped by 1 percent, although the U.K.’s FTSE 100 Index bucked the uptrend and edged down by 0.1 percent.

Crude oil futures settled higher on Thursday amid prospects of a surge in energy demand and tighter supplies due to the slow recovery in the restoration of output in the Gulf of Mexico after recent hurricanes. West Texas Intermediate Crude oil futures for November ended up $1.07 or 1.5 percent at $73.30 a barrel.