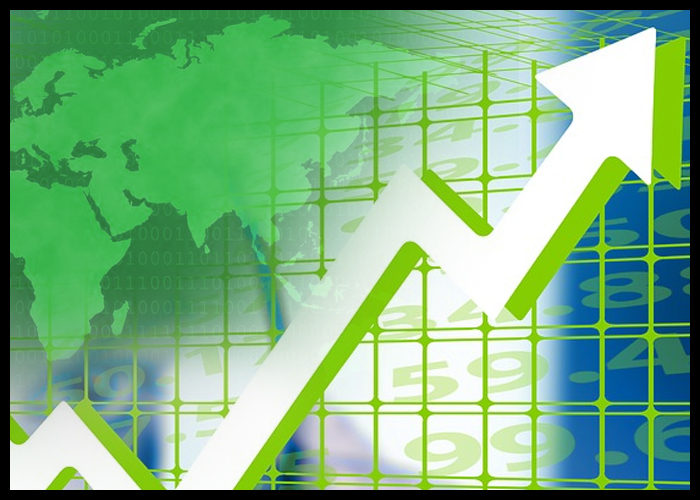 Asian stock markets are trading mostly higher on Friday, following the firmly positive cues overnight from Wall Street, as traders reacted to news from the U.S. that the lawmakers have reached an agreement to temporarily extend the debt limit, thus avoiding a potential default, and a spike in crude oil prices. The upside is limited as traders remain concerned about the coronavirus situation in the region, which is hindering economic activity. Asian markets ended mostly higher on Thursday.

The agreement would reportedly increase the debt limit by $480 billion, allowing the Treasury to continuing paying its bills through December 3. While the temporary extension means the U.S. could face another debt crisis in just a few weeks, the news was still greeted positively by traders.

Meanwhile, investors are looking ahead to the closely watched monthly U.S. jobs data, due later in the day. The data, which includes both public and private sector jobs, is expected to show a continued improvement in the labor market.

The Australian stock market is notably higher on Friday, extending the modest gains in the previous session, with the benchmark S&P/ASX 200 moving above the 7,300 level, following the firmly positive cues overnight from Wall Street, on a U.S. debt limit agreement, upbeat economic news and a spike in crude oil prices. The upside is limited as the country struggles to contain the domestic coronavirus situation, primarily in New South Wales and Victoria.

Victoria reported a record 1,838 new locally acquired cases and five deaths on Thursday, with active cases now totalling 16,823 across the state. This is now the highest number of daily cases in any state in the country since the pandemic began. NSW has reported 646 new local cases of COVID-19 and eleven deaths.

Among major miners, BHP Group and Fortescue Metals are gaining almost 2 percent each, while Mineral Resources is rising more than 1 percent, Rio Tinto is higher by almost 3 percent and OZ Minerals is adding more than 2 percent.

Oil stocks are mostly higher. Oil Search and Woodside Petroleum are edging up 0.2 percent each, while Origin Energy and Santos are gaining almost 1 percent each. Beach energy is adding more than 1 percent.

Among tech stocks, Xero is gaining more than 1 percent, Appen is adding almost 1 percent and Afterpay is rising more than 2 percent, while WiseTech Global is edging down 0.3 percent.

Among the big four banks, ANZ Banking is edging down 0.3 percent and Westpac is losing almost 1 percent, while National Australia Bank is edging up 0.1 percent. Commonwealth Bank is flat.

In economic news, the total number of building permits issued in Australia was up a seasonally adjusted 6.8 percent on month in August, the Australian Bureau of Statistics said in Friday’s final reading – coming in at 18,716. That was unrevised from last week’s preliminary reading following the 8.6 percent contraction in July. On a yearly basis, building permits were up 31.2 percent. The total value of building approvals was up 20.3 percent on month in August.

In the currency market, the Aussie dollar is trading at $0.731 on Friday.

The Japanese stock market is trading sharply higher on Friday, extending the gains in the previous session, with the benchmark Nikkei 225 adding more than 600 points to be just below the 28,300 level, following the firmly positive cues overnight from Wall Street, as traders reacted to a U.S. debt ceiling agreement, upbeat economic news and a spike in crude oil prices.

Among major exporters, Panasonic is gaining more than 3 percent and Canon is adding more than 4 percent, while Sony and Mitsubishi Electric are up almost 2 percent each.

In economic news, the average of household spending in Japan was down 3.0 percent on year in August, the Ministry of Internal Affairs and Communications said on Friday – coming in at 266,638 yen. That missed expectations for a decline of 1.5 percent following the 0.7 percent increase in July. On a monthly basis, household spending sank 3.9 percent – again missing forecasts for a decline of 2.0 percent after slipping 0.9 percent in the previous month. The average of monthly income per household stood at 555,009 yen, up 5.4 percent from the previous year.

In the currency market, the U.S. dollar is trading in the higher 111 yen-range on Friday.

Elsewhere in Asia, Indonesia is gaining 1 percent, while New Zealand, China, Singapore, South Korea, Hong Kong and Malaysia are higher by between 0.1 and 0.6 percent. Taiwan is bucking the trend and is down 0.1 percent.

On Wall Street, stocks moved notably higher during trading on Thursday, extending the upward move seen over the course of the previous session. The major averages closed higher for the third consecutive session following the steep drop seen on Monday.

The major European markets also showed strong moves to the upside. While the U.K.’s FTSE 100 Index jumped by 1.2 percent, the French CAC 40 Index and the German DAX Index surged up by 1.7 percent and 1.9 percent, respectively.

Crude oil prices advanced Thursday, rebounding from losses in the previous session, on reports the U.S. Energy Department is unlikely to tap the nation’s Strategic Petroleum Reserve. West Texas Intermediate Crude oil futures for November ended up $0.87 or 1.1 percent at $78.30 a barrel.