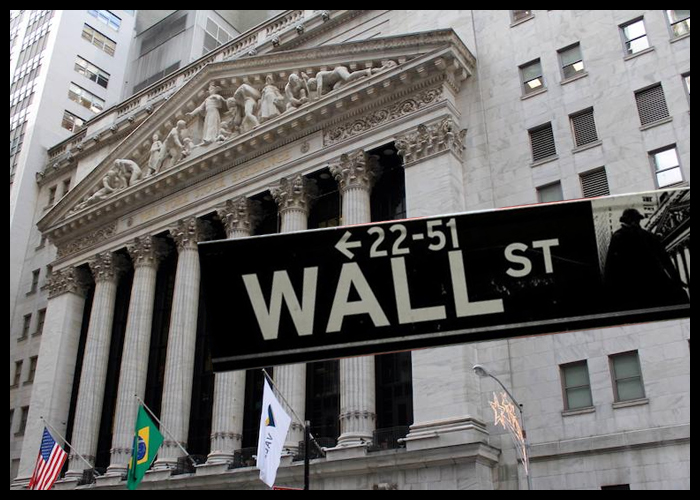 Stocks experienced another session of intense volatility on Tuesday, with the major averages showing wild swings following the substantial turnaround seen over the course of the previous session.

The Dow fell more than 800 points in early trading before rebounding into positive territory but ended the day down 66.77 points or 0.2 percent at 34,297.73.

The S&P 500 also briefly peeked above the unchanged before once again coming under pressure going into the close, slumping 53.68 points or 1.2 percent to 4,356.54.

The continued volatility on Wall Street came as traders looked ahead to the Federal Reserve’s highly anticipated monetary policy announcement on Wednesday.

The Fed is likely to leave interest rates unchanged when announcing its decision, although the accompanying statement could hint at the first rate hike as early as the next meeting in mid-March.

CME Group’s FedWatch Tool is currently indicating an 88.2 percent chance that the Fed will raise interest rates by a quarter point in March.

The recovery attempt by the Dow was partly due to a rally by shares of American Express (AXP), with the credit card giant spiking by 8.9 percent after reporting better than expected fourth quarter results.

On the other hand, shares of General Electric (GE) moved sharply lower after the conglomerate reported fourth quarter earnings that beat analyst estimates but weaker than expected revenues.

In U.S. economic news, the Conference Board released a report showing consumer confidence pulled back by less than expected in the month of January.

The Conference Board said its consumer confidence index dipped to 113.8 in January after climbing to a revised 115.2 in December. Economists had expected the index to drop to 111.9 from the 115.8 originally reported for the previous month.

Semiconductor stocks turned in some of the market’s worst performances on the day, resulting in a 3.7 percent nosedive by the Philadelphia Semiconductor Index. The index ended the session at its worst closing level in three months.

Nvidia (NVDA) posted a steep loss after a report from Bloomberg said the graphics chipmaker is preparing to abandon its $40 billion acquisition of Arm Ltd. from SoftBank Group Corp.

Substantial weakness among software stocks also weighed on the tech-heavy Nasdaq, with the Dow Jones U.S. Software Index plunging by 3.3 percent to a seven-month closing low.

Retail, networking and transportation stocks also saw considerable weakness on the day, while housing stocks gave back ground after helping lead the rebound on Monday.

On the other hand, energy stocks skyrocketed amid a sharp increase by the price of crude oil. Crude for March delivery surged $2.29 to $85.60 a barrel amid concerns about supply disruptions.

Reflecting the strength in the energy sector, the Philadelphia Oil Service Index soared by 5.4 percent and the NYSE Arca Oil Index spiked by 4 percent.

In the bond market, treasuries gave back ground after trending higher over the past few sessions. As a result, the yield on the benchmark ten-year note, which moves opposite of its price, rose 4.8 basis points to 1.783 percent.

The Fed announcement is likely to be in the spotlight on Wednesday, although traders are also likely to keep an eye on the latest earnings news.

Microsoft (MSFT) is among the companies releasing their quarterly results after the close of today’s trading, while AT&T (T) and Boeing (BA) are due to report their results before the start of trading on Wednesday.

Trade Anything Your all-in source of information for market insights, finance news, investing, trading, and more.
Contact us: [email protected]ay.com